Vans and the Law - What Do Commercial Drivers Need To Know?

Home   Blog   Vans and the Law - What Do Commercial Drivers Need To Know?

Vans and the Law - What Do Commercial Drivers Need To Know?

Getting behind the wheel of a van enforces a different set of road laws that you should be aware of including varying speed limits, weight limits, loading restrictions and the length of time you're allowed to drive for.

To avoid being on the wrong side of the law and potentially receiving a large fine, we recommend you swat up on the different rules that are applicable when you're driving a commercial vehicle.

CAN YOU DRIVE A VAN?

Before diving into the laws you need to follow as a van driver, you should check if it's even legal for you to drive a larger vehicle by viewing your driving licence information.

If you've got a standard driving licence you're able to drive a van up to 3,500kg. However, if you passed your driving test after 1st January 1997 you might need to take additional tests before you can drive vehicles up to 7,500kg or tow a trailer with your van.

Driving without the right licence can result in a fine up to £1,000 and 3 to 6 penalty points. You can add higher categories to your driving licence to ensure you're driving legally.

The speed limit for a van is not always the same as it is for cars - in fact, they are rarely the same. The basic rule of thumb for van speed limits is:

These limits are subject to further restrictions according to the posted speed limit signs. For example, areas near schools and some city centres may be 20mph, while some dual carriageways will have a 40mph limit.

The speed restrictions outlined above apply to the majority of vans with a gross vehicle weight (GVW) of 3,500kg (3.5 tonnes). GVW is also referred to as gross vehicle mass (GVM), maximum laden weight or maximum authorised mass (MAM).

Technically, these limits apply to all goods vehicles up to 7.5 tonnes; however, European law stipulates that commercial vehicles between 3.5 and 7.5 tonnes need to be electronically restricted to 56mph, rendering most of the speed restrictions redundant.

A car-derived van (CDV) is defined as 'a goods vehicle which is constructed or adapted as a derivative of a passenger vehicle and which has a maximum laden weight not exceeding 2.0 tonnes.' For example, this will include the Ford Fiesta Van, Vauxhall Corsavan and Vauxhall Astra Van. 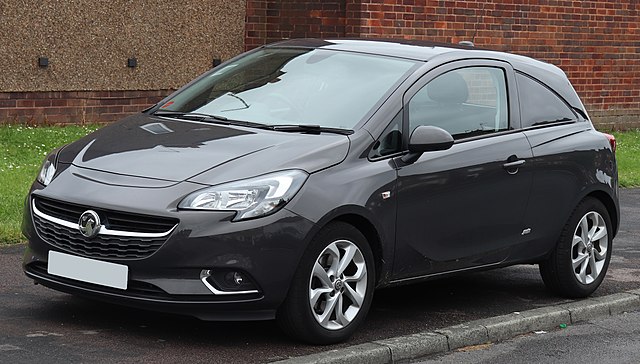 CDVs are treated the same as cars and the standard national speed limits apply. The definition falls into a grey area with small van models that are also sold as MPVs. For example, Citroen, Peugeot and Vauxhall have all released passenger versions of their respective Berlingo, Partner and Combo small commercial vehicles.

The speed limits for the van versions will depend on the GVW and body type listed on the V5C. The maximum laden weight must not exceed 2.0 tonnes - this information can be found on the weight plate which is usually on the door sills or under the bonnet. If the body type is also recorded as CDV, standard speed limits apply. However, if the body type is anything else, the vehicle will be subjected to the lower speed limits regardless of how small it is.

A dual-purpose vehicle is legally defined as 'a vehicle constructed or adapted for the carriage both of passengers and of goods and designed to weigh no more than 2,040kg when unladen.' It also needs:

An exact definition of these requirements is outlined by the government, but it is complicated and can be confusing where combi vans, crew vans and pick-up trucks are concerned.

Both combi and crew vans can qualify for dual-purpose status - subject to the 2,040kg unladen weight - but their van-like appearance can cause confusion with regards to speed limit enforcement. Assuming your double cab van is considered to be a dual-purpose vehicle, standard national speed limits will apply. 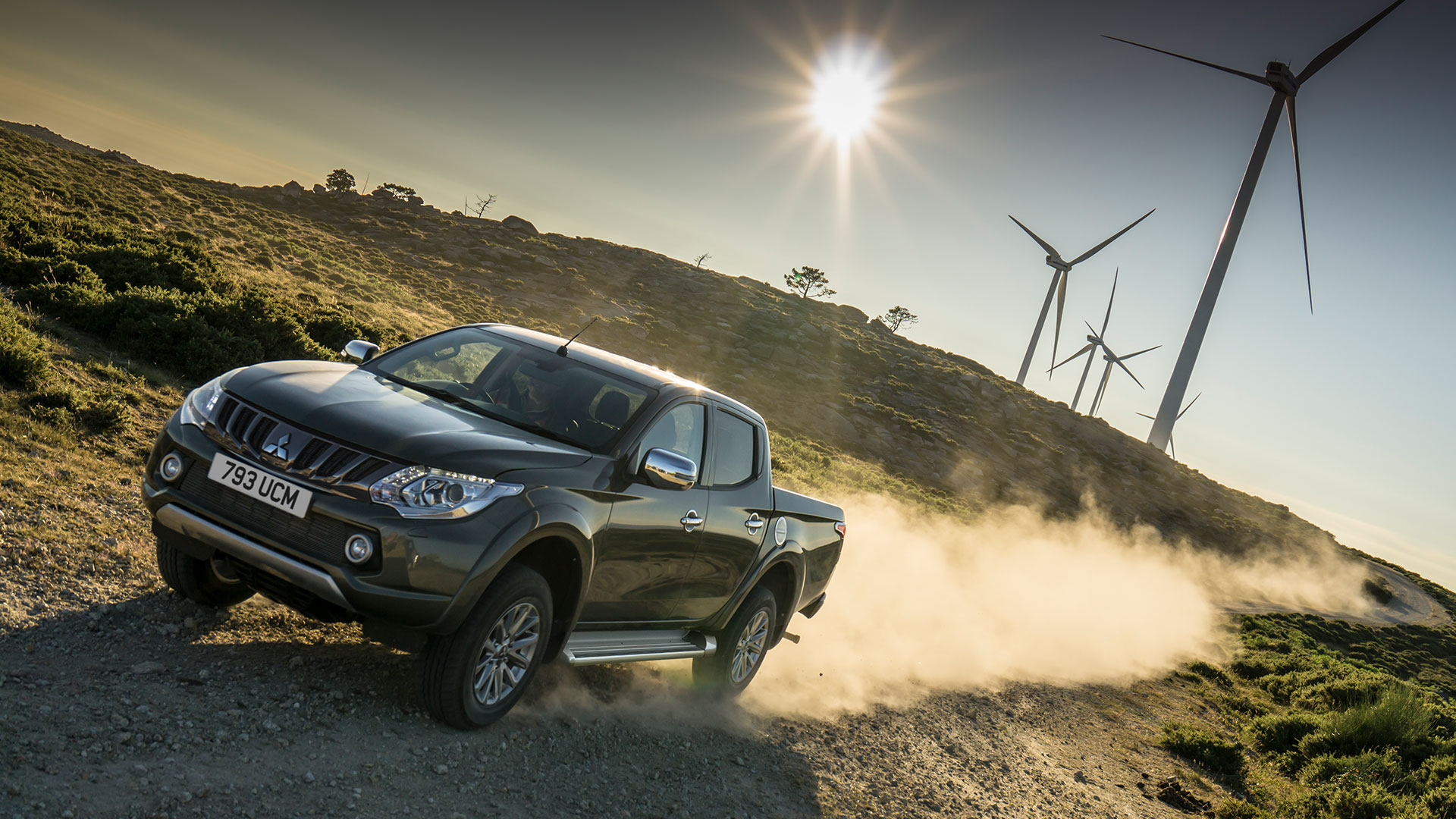 TOWING A TRAILER WITH A VAN SPEED LIMITS

Regardless of whether you're driving a van, pick-up truck or even a car, the speed limit for towing a trailer is 60mph on dual carriageways and motorways. It's further reduced to 50mph on single carriageways which is the normal limit for most vans.

Every van has a maximum it's allowed to weigh when loaded which is called the gross vehicle weight (sometimes referred to as the 'laden weight'). This includes the van itself, the driver and any passengers, fuel and the load. All light commercial vehicles (LCVs) must legally display their gross vehicle weight; as mentioned above, this information can be found on the weight plate which is usually on the door sills or under the bonnet.

An overweight van will affect its performance and safety which could put you and other road users at risk. Overloading puts an additional strain on the tyres making the van less stable and harder to steer. It will also react differently and take longer to stop which could result in a fatal accident.

If you're caught driving an overloaded van, you could be faced with a fixed penalty between £100 and £300, or a court summons if the van is more than 30% over the gross vehicle weight. To avoid this, you can check how much your van weighs at a local weighbridge.

As well as knowing the larger laden weight for your van, you also need to be aware of the axle weights - each axle has its own weight limit which is also found on the vehicle weight plate. It's important to distribute the load evenly across both axles.

Even though a van is below its gross vehicle weight, it can still exceed one of the axle weight limits making it illegal to drive. The physical size of the load is irrelevant - it's the weight of the items and where they're placed that matters.

Similar to an overloaded van, you can be fined up to £300 or receive a court summons if your van exceeds its maximum permitted axle weight.

Officers from the Driver and Vehicle Standards Agency (DVSA) and the police can ask you to stop at the roadside so they can carry out spot checks on your van. Research commissioned by Volkswagen Commercial Vehicles in 2015 revealed that just under 50% of vans being driven on UK roads were overloaded which equates to around 1.2 million vehicles.

Approximately 10,000 vans are randomly spot checked every year. If a vehicle is overloaded, officers have the power to issue a fixed penalty and prohibitions if necessary. This will prevent you from continuing your journey until the weight is corrected which may involve unloading or redistributing goods. Once the load is within the legal limit, you will be issued with a 'removal of prohibition notice' so you can continue your journey.

Alternatively, the officer may issue a 'direction to drive notice' which allows you to drive to a specified location to off-load.

LENGTH OF TIME COMMERCIAL VEHICLE DRIVERS ARE ALLOWED TO DRIVE FOR

Driving can be a dangerous task and requires the highest levels of concentration. As a result, there are certain rules that dictate the number of hours you can drive and the breaks you need to take. If you drive a business van for more than four hours a day, you must follow the Great Britain domestic rules on drivers' hours.

In any working day, the maximum amount of driving permitted is 10 hours in which you are entitled to 'adequate rest' which should be sufficiently long and continuous periods to ensure the driver, their colleagues and other road users are not harmed.