The small van sector has grown considerably since the introduction of the Citroen Berlingo in 1996 which revolutionised and helped to shape the light van segment. Since then, small vans have become more sophisticated without losing their abilities as a commercial vehicle.

Manufacturers have recognised that the small van market is big business with many van buyers looking for a compact van that doesn't compromise on load space or payload capacity. Most small vans offer a standard and long version to increase the load area, while some have an additional load-through feature which allows extra-long items to be fed into the cab.

Typically, a small van is no bigger than a medium-sized car in terms of the space they take up on the road, making them easy to drive and perfect for travelling around the city. As standard, many small vans only have two seats; however, most of them can be upgraded to offer three seats in the cab, adding an extra level of versatility.

The latest small vans have borrowed technology from passenger cars such as blind spot monitoring, a rear-view camera and adaptive cruise control to make them more comfortable and pleasurable to drive. Small panel vans also have the added security benefit of hiding your cargo.

Here is a selection of the best small vans currently on the market:

This particular compact van is considered extremely sturdy and makes incredible use of its size and durability.

Sharing the same running gear as the Ford Focus hatchback, the Ford Transit Connect small van is fun to drive with a comfortable interior that is superior in terms of quality compared to its rivals.

Available in standard (L1) and long (L2) wheelbases, you can determine how much load space you need. As standard, you'll receive 2.9m³ load volume which increases to 3.6m³ in the longer version which can accommodate payloads just over 1 tonne with optional modifications. Despite its compact size, the Transit Connect L1 can still carry two Euro pallets and transport items that are 3m long.

The cabin is a comfortable place to be with DAB Radio, USB connectivity and steering wheel mounted audio controls included as standard. There's lots of headroom which is a bonus, especially for taller drivers as well as a range of clever storage options to make the most of limited space. 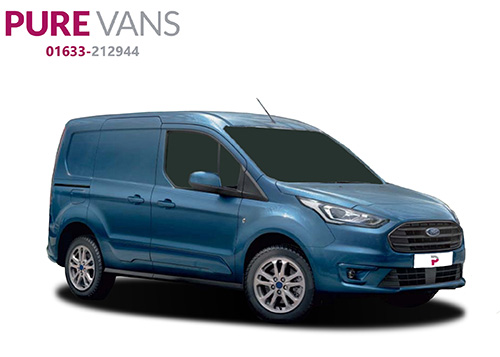 Find A Ford Transit Connect For You

Excellent if you are looking for a car derived van.

Crowned the International Van of the Year 2019, the Citroen Berlingo, Peugeot Partner and Vauxhall Combo small vans are all built by the PSA Group on the same platform. They have been praised for their enhanced safety, technological advancements and modularity. Essentially, each model is the same van with a slightly different design and a different badge on the front.

Two body lengths – L1 and L2 – are offered as standard across all three vans, which provide 3.7m³ and 4.1m³ of load space respectively. The bigger L2 version has enough space to transport two Euro pallets. On all versions above the entry-level model, you’ll receive twin passenger seats which are perfect for transporting a small team on short journeys.

The latest versions offer a trim level that has been specifically designed for people that work in and around construction sites with standard features such as raised ground clearance and a Grip Control system. In addition, there's another set of specifications that are perfect for workers that spend most of the time behind the wheel. It offers cabin enhancements including a comfort seat with added cushioning at the sides as well as height and lumbar adjustment. 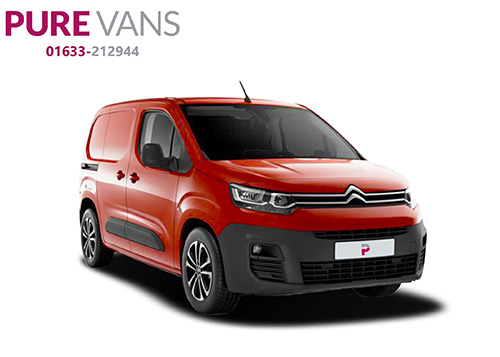 The Nissan NV200 is certainly one of the biggest small vans on the market. Built using Japanese-style architecture it receives a narrow track, the highest roof in the class and a short wheelbase which provides a much tighter turning circle, more space for taller items and a raised seating position typically associated with larger vehicles.

The large 4.2m³ load area that comes as standard in the NV200 is more than enough space to accommodate two Euro pallets and the taller roof means you can carry items up to 1.36m in height. Usually, small vans only have a nearside sliding side door as standard; however, every NV200 receives twin sliding doors to make loading and unloading much easier as well as a 5-year/100,000 mile warranty which is transferable when you buy used.

Available in three trim levels – Visia, Acenta and Tekna – the NV200 comes well equipped as standard with Bluetooth, USB/AUX sockets and steering wheel controls. If you upgrade to the top of the range edition, you’ll receive the touchscreen sat nav and entertainment system.

The e-NV200 model is the electric version of the NV200 van which offers zero emissions driving to help reduce fuel and tax costs. Using the technology developed in the market-leading Nissan Leaf car, the battery in the e-NV200 was recently upgraded in 2018 to offer the furthest range of any electric van in the market. 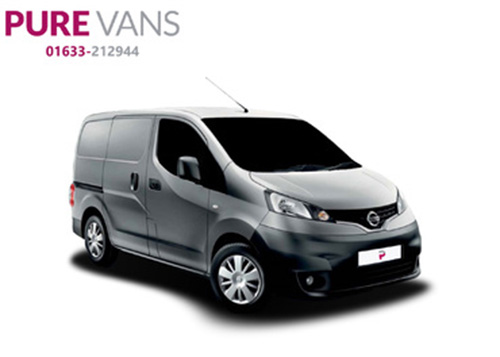 Find A Nissan NV200 For You

Originally introduced into the UK market in 1997, the Renault Kangoo small van has established itself as an efficient, no-nonsense urban delivery vehicle. It has since had two major updates, first in 2008, and most recently in 2016 to comply with Euro 6 emissions standards.

The Kangoo has two body lengths to choose from – Standard and Maxi – as well as a Crew version so that you can transport up to five people. The Standard model has a load volume of 3.0m³ which is capable of carrying one Euro pallet, while the Maxi version boasts 4.0m³ of load space that can squeeze in two Euro pallets. Although this is still considered a compact van, there’s even 2.4m³ of load space in the Maxi Crew van with a multi-position bulkhead fitted.

There are three dCi diesel engines on offer; however, the 75 is only offered with the Standard version, whereas the 90 and 110 outputs can also be fitted with an automatic gearbox. Alternatively, you can opt for the 100% electric Kangoo ZE model which comes with a 22kWh lithium-ion battery pack based on the technology used in the Renault Zoe car. 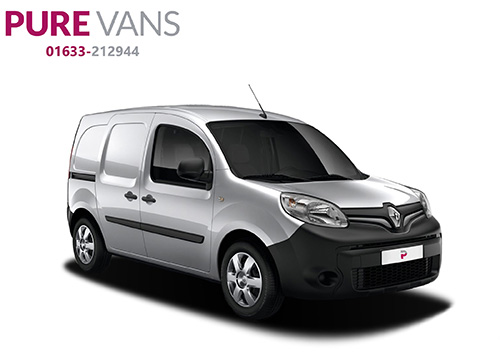 Find A Renault Kangoo For You

As a premium option, the Volkswagen Caddy can command a high resale value thanks to its reliability and the level of quality that has been transferred from the VW car range. Recently updated in 2015, this small van now sports a sharper look that is closer to the Polo and Golf models.

Like most vans in this list, the Caddy comes with Standard and Maxi body lengths; however, it also offers a window van version, the five-seater Caddy Combi and the Caddy Life which provides two additional seats in a more MPV style vehicle so that it can transport up to seven people. The Standard version has a load volume of 3.2m³ which increases to 4.2m³ in the Maxi.

There are diesel and petrol options available to suit your business, although most buyers stick with the traditional diesel variant. The 2.0 TDI diesel engine comes in three versions, of which the two most powerful units can be paired with a dual-clutch automatic gearbox.

As standard, you’ll receive a 5” touchscreen display for the DAB Radio as well as electric windows and mirrors. The top of the range Highline model adds VW’s Discover Media Navigation system so that you’ll never get lost on the way to a job again.

This is another great compact van that will withstand the use of work tools, transportation of equipment or even the packing of leisure activities! 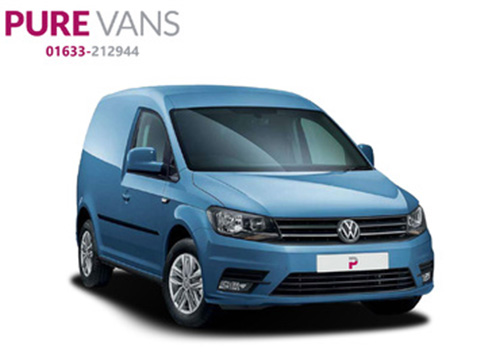 Find A Volkswagen Caddy For You

The multi-award-winning Fiat Doblo Cargo small van scooped the WhatVan? Light Van of the Year Award for the third consecutive year in 2018 coinciding with its makeover in 2015.

Unusual for a small van, the Doblo Cargo is available with two roof heights which is something typically associated with larger vehicles. As expected, it also comes with two body lengths – Standard and Maxi. The biggest version is the XL model (Maxi wheelbase and high roof) which has a load volume of 5.0m³ with a payload of 1,005kg.

In the cabin, there are clever storage solutions including the overhead storage space above the windscreen, large door pockets and a passenger seat that flips up to reveal a little space to store documents.

The top of the range Tecnico trim level makes the Doblo Cargo as well-equipped as almost any other compact van. It receives rear parking sensors, Bluetooth connectivity and a power mounting for a TomTom sat nav built into the top of the dashboard, as well as the actual sat nav to go in it. 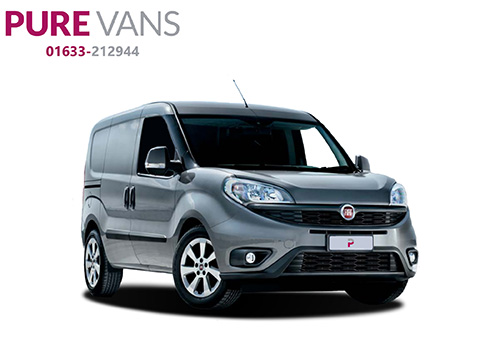 Find A Fiat Doblo Cargo For You

Developed alongside the Renault Kangoo, the Mercedes-Benz Citan comes with badge appeal that most other small vans don't have. It helps to portray a more upmarket image to customers and demands higher resale values than its French counterpart.

Available in three lengths, the Compact version is similar in size to the smaller Citroën Nemo and Peugeot Bipper with a load volume of 2.4m³ which is still able to accommodate a Euro pallet width ways. The Long and Extra Long models have load areas of 3.1m³ and 3.8m³ respectively. There’s also a Crew version available which provides up to five seats as well as the Citan Tourer MPV-type model.

The suspension, engine and bodywork have all been reworked by Mercedes to improve the van’s performance. As standard, the refined interior receives USB connectivity, front electric windows and daytime running lights. There's also a range of additional options to choose from as you would expect, including satellite navigation, rear parking sensors, heated front seats and alloy wheels. 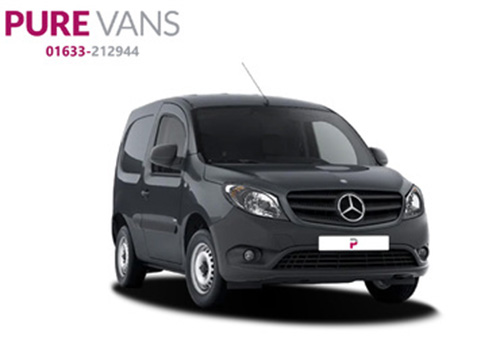 Find A Mercedes-Benz Citan For You

What Defines a Compact Van?

A compact van is all of the vehicles you see above. It's a type of van that is identified to be considerably smaller than traditional vans. Usually 1/2 to 3/4 in size.
A compact van is much lighter and has a smaller chassis design.

It has more manoeuvrability and can be a lot easier to park especially in large cities, depending on the driver.
A compact van does not subsidise too much in terms of rear space. These specific vans can still be excellent for work, moving furniture or transporting in leisure.

The smaller engine in a compact van can also attribute to a more eco-friendly, more miles to the gallon approach when driving.

Overall, the option to buy a compact van is a great one if you can fit all your necessary requirements inside. You can reduce the amount of carbon footprint you leave behind and can decrease the amount you may spend on diesel.
Furthermore, they are better for travelling in the city from job to job or journey to journey.
« prev
next »